It’s all about collecting junk and then putting the pieces together. That’s what happened with this table. The iron base was a $5 purchase from my favorite junk shop. I just bought it a few weeks ago. The green tounge and groove boards we used to make the table top are from the Nashville Flea Market and I’ve had them for years. 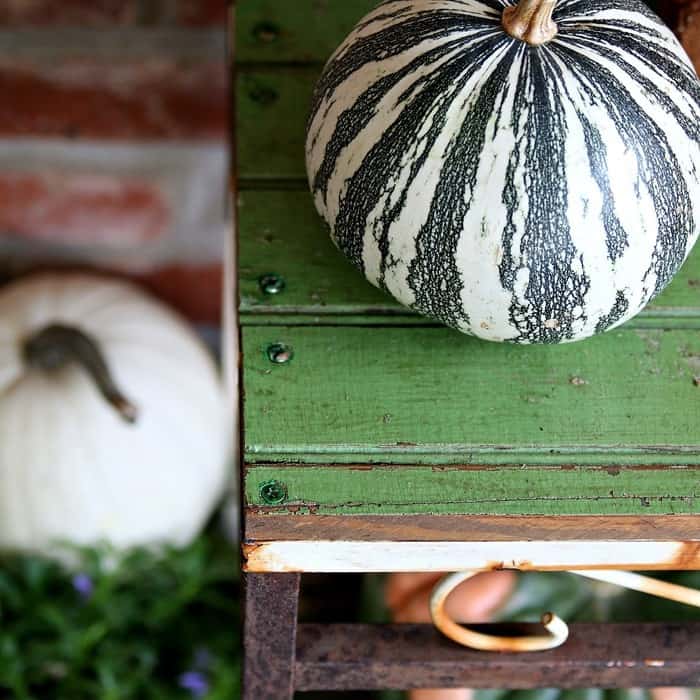 The JTS helped me put the table together (okay, he did most of the work) a couple of weeks ago. I decided since I took photos of the table amidst my pumpkins I needed to go ahead and write up the project. 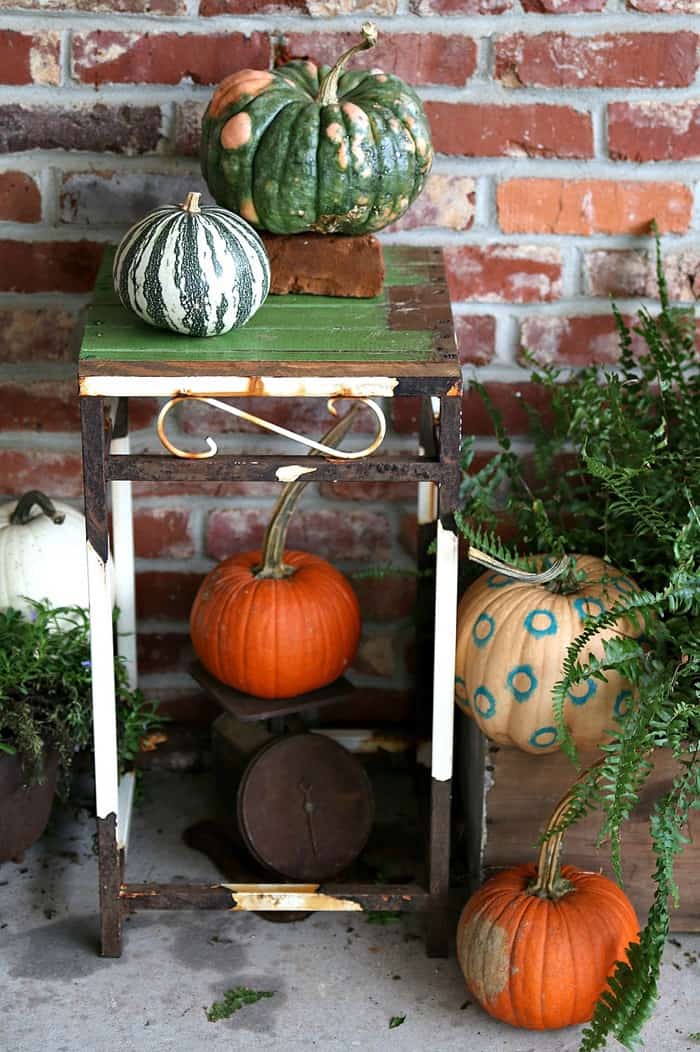 After all, it is Halloween today. Are you guys handing out candy? I bought a big bag but I bet we don’t have many trick or treaters. No worries, I bought candy I like. 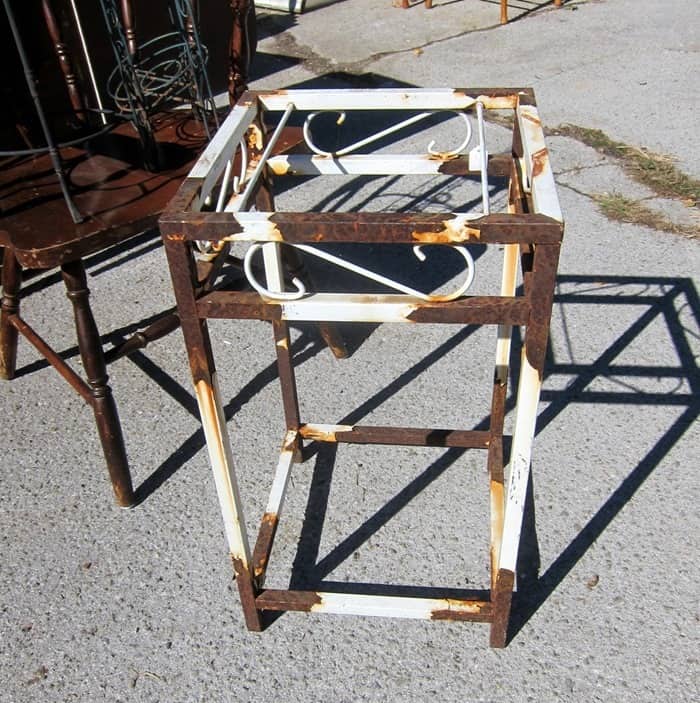 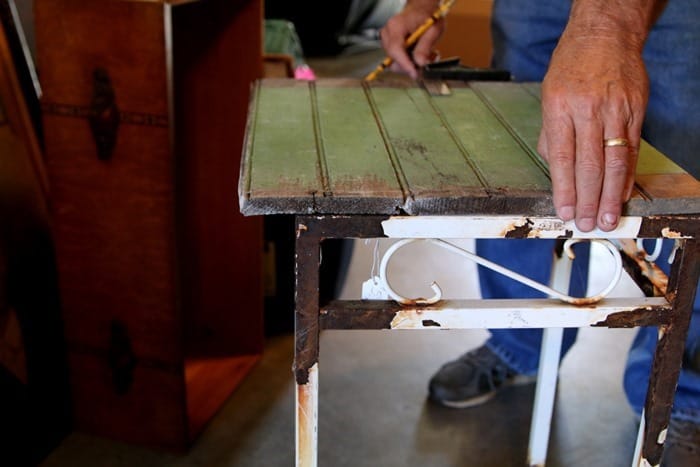 The JTS carefully measure the boards for the top. We used 3 of the boards and I think I had 4 or maybe 5. They were just little short boards. 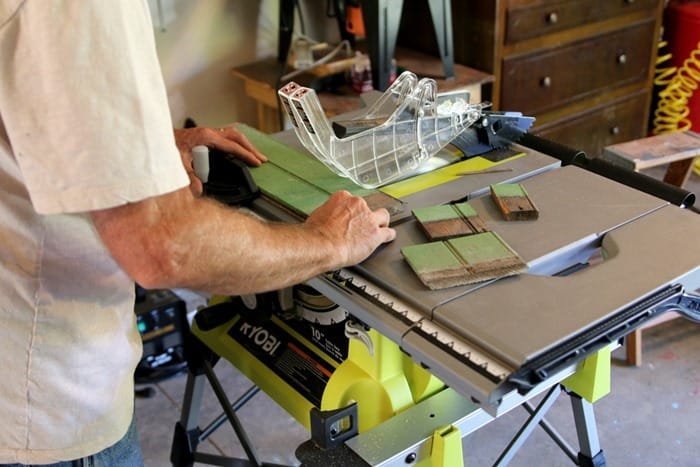 He cut them using the table saw. 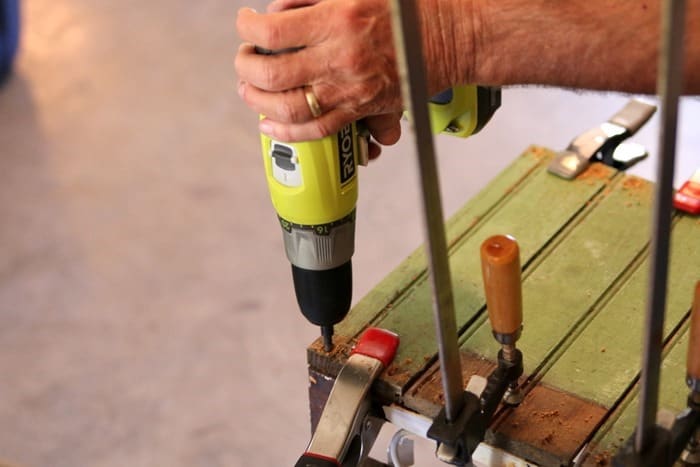 Then he attached the boards to the iron base with screws, first drilling holes through the wood and iron. 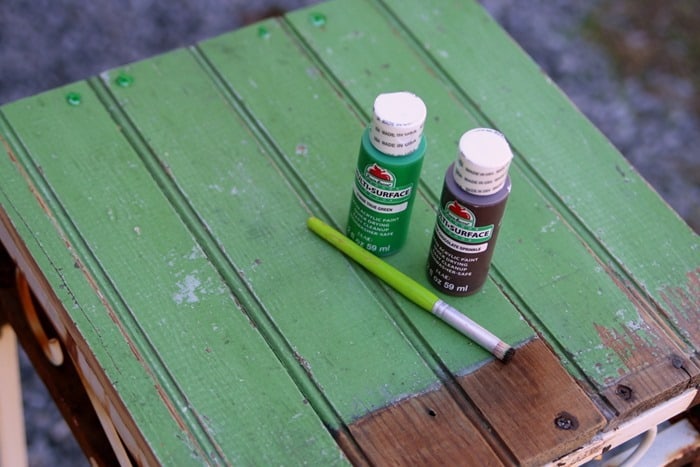 I painted the tops of the screw heads so they would not be all bright and shiny. 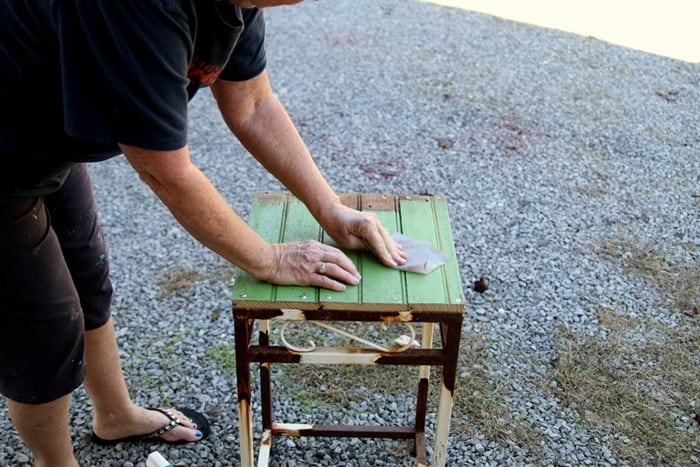 Next order of business was to clean and sand the wood and the iron. 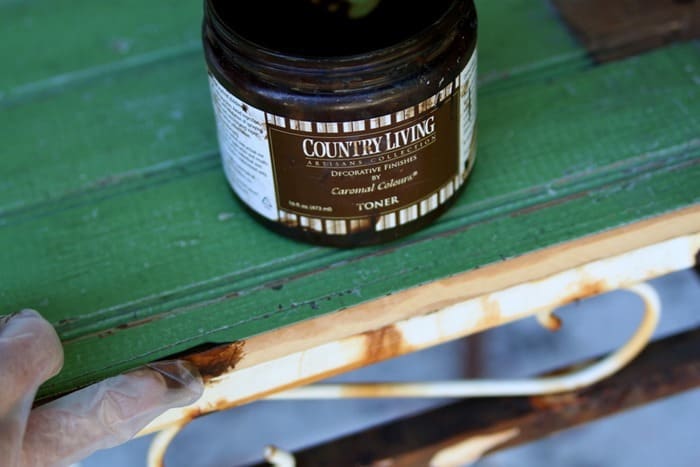 I applied Caromal Colours Toner to the raw edges of the cut wood to age the wood. I also used the toner over the green paint to darken it just a bit. 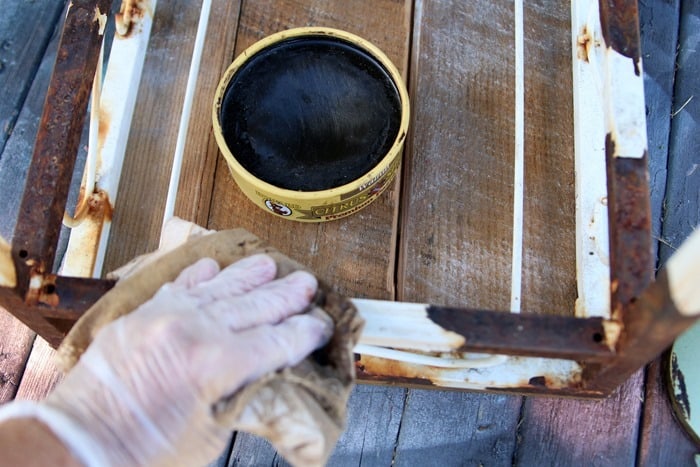 I applied two coats of Howard’s Wax in Walnut to the rusty, chippy iron base. 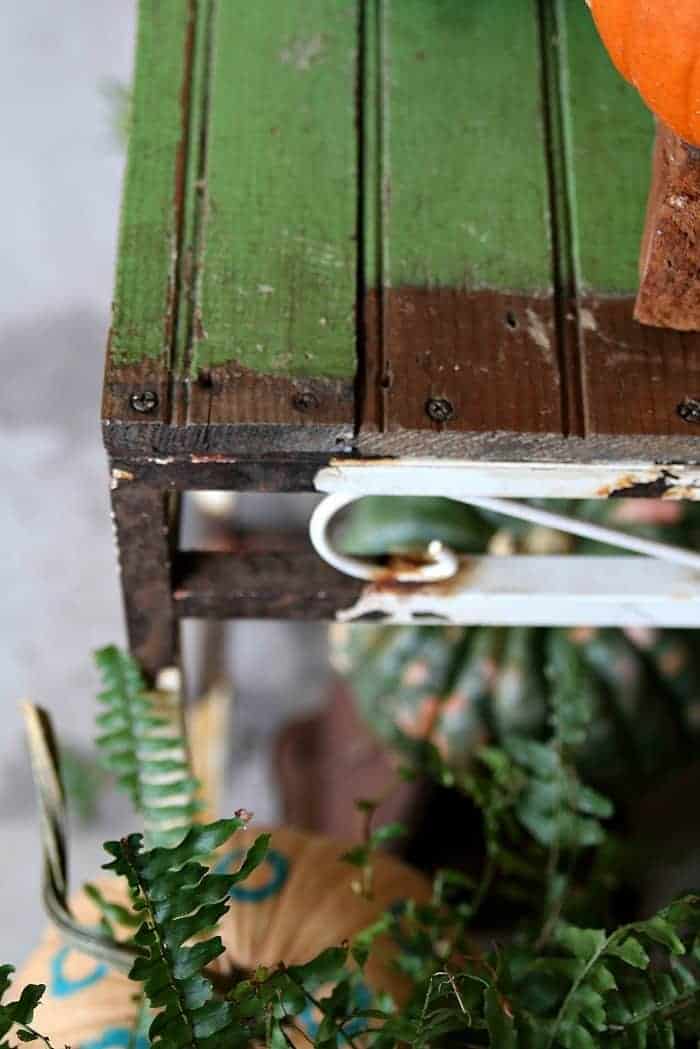 And that was it. You guys know I love rust and chippy paint. The wax will keep the rust from rubbing off on our hands plus protect the iron. The table is meant to be used outdoors and it’s perfect for that. 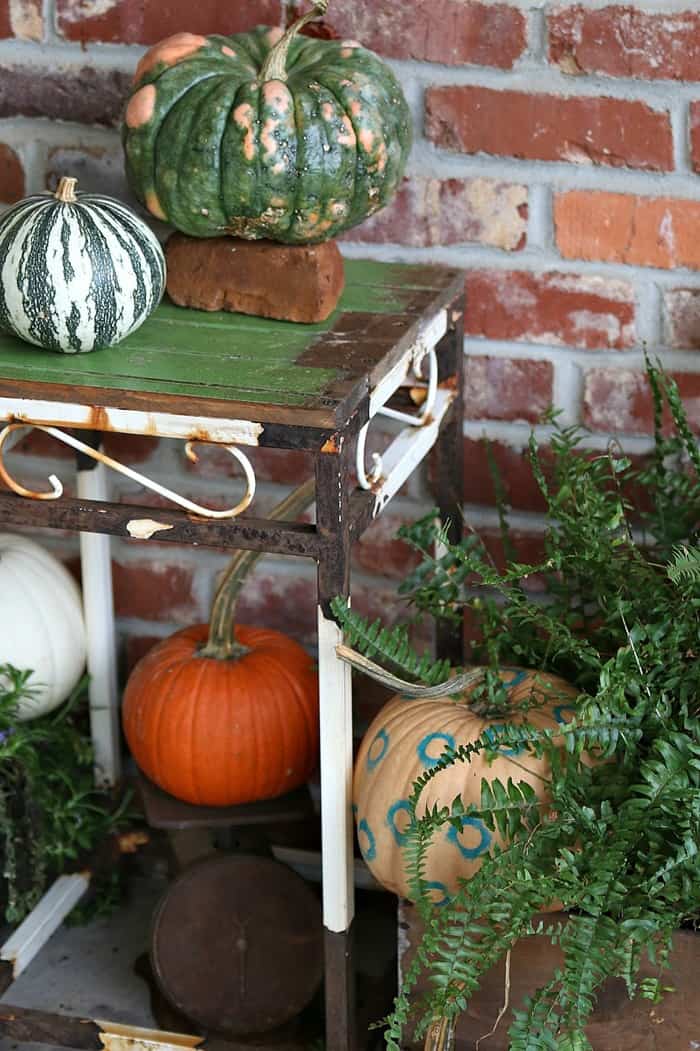 I wish all of you had a handy guy like my hubby (aka, JTS). I could have put the table together by myself but it would have taken me a lot longer. I don’t like using a table saw. Maybe you do have a handy guy (or gal) at your house. Do you?

Did you see my "Eclipse Pumpkins"? (here)

Hey, tomorrow morning at 10 a.m. CST I'm doing a Facebook Live on the barnwood finish. I will be working on an unfinished wood caddy/tote similar to this one…Barnwood Caddy. I would love for you to join me. It will be on my Facebook page. See you later. Have a great day!