This is by far the best Italian Cream Cake recipe and the yummy cream cheese frosting is to-die-for. I once tried the Southern Living Magazine easy recipe that uses a cake mix and it was a disaster. You need to make this recipe even though it takes a bit of work. Have you had Italian Cream Cake before? It’s good! The cream cheese frosting is finger linkin' or mixing bowl scraping good. 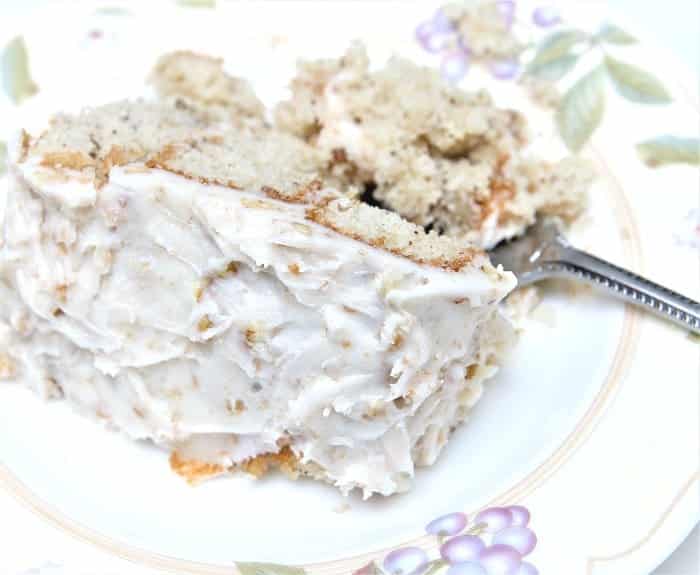 The cake is one of those special treats you shouldn't have too often. You wouldn't look forward to it nearly as much and the cake just wouldn't be as good. Do you know what I mean? Around our house Italian Cream Cake is the number one cake of choice when birthdays come around.

I have all the recipe details so you or your favorite baker can give it a try. I know that’s not my usual thing here on the blog....cooking and recipes…….I don’t want to get too predictable though. The cake is a pain in the rear to make but worth all the pain. I once tried a shortcut I found in Southern Living Magazine and it was a bust. Of course my daughter never lets me live that one down.

I tried the shortcut recipe on her birthday instead of her dad’s birthday or her brother’s birthday. Well, it was near her birthday when I found the shortcut recipe. That's why she was the guinea pig. Anyway I make this Italian cream cake recipe  2-3 times a year......using the pain-in-the-rear-to-make recipe. The cake is 3 layers and mine always looks like the Leaning Tower of Pisa when I'm finished with it. Don't matter what it looks like though....it taste yummy! 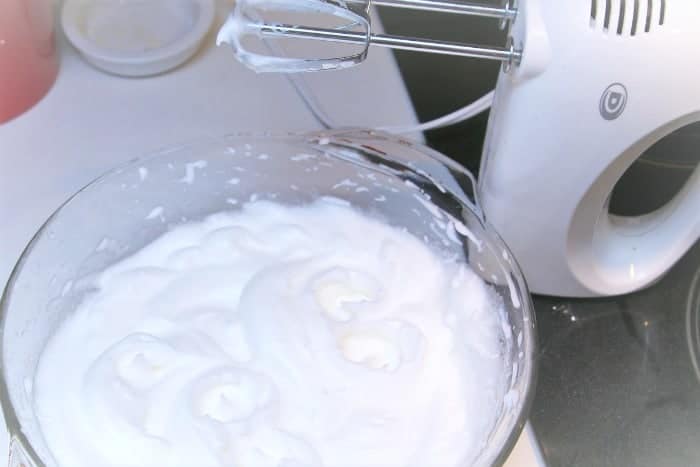 Cream the sugar, butter, and shortening together. Soften the butter before mixing. I use those handy dandy shortening sticks. Much easier to do the measurements since they are like sticks of butter. 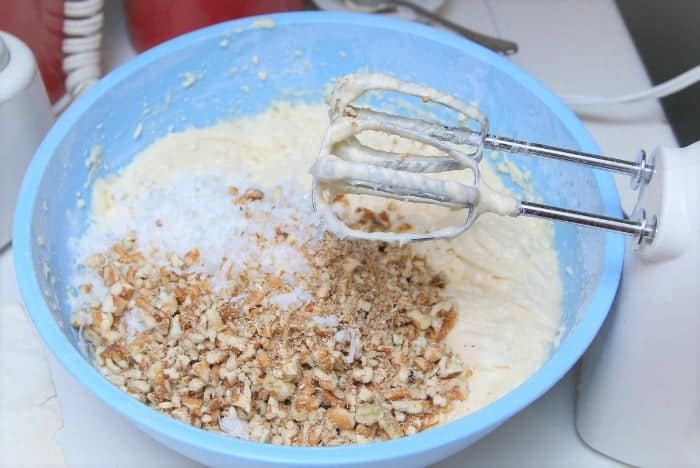 Add the next 4 ingredients and mix well. The next step says to add the vanilla, nuts and coconut and mix by hand but I use the mixer for this step too. Fold in the beaten egg whites by hand. 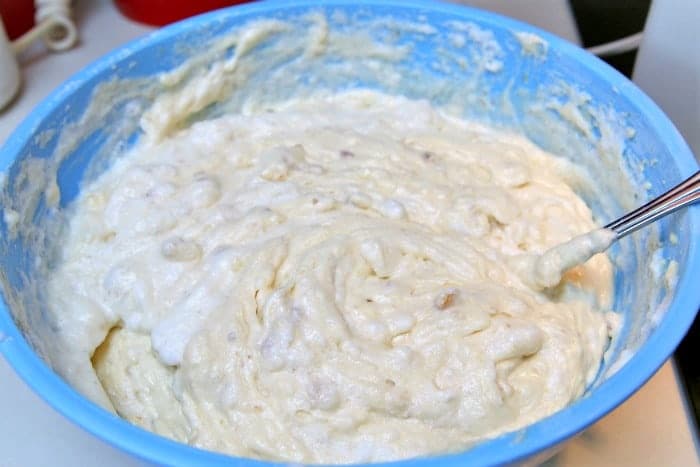 Be gentle when mixing the egg whites into the cake batter. You want to mix it up well but the egg whites will not dissolve, they will still be foamy. This is okay.

I like to use PAM on my baking pans but sometimes the cake sticks to the pan so I prepare my pans the old fashioned way by greasing them with shortening then coating them with flour. Prepare 3 pans for the 3 layers. The three thin layers bake really fast, usually 20 -24 minutes. 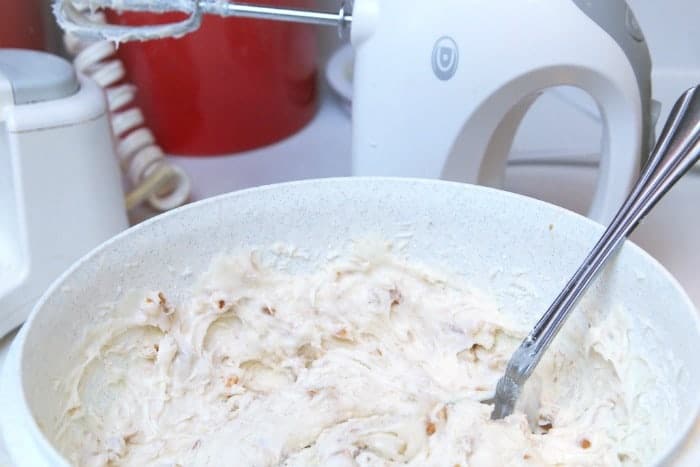 Soften the cream cheese before mixing all of the frosting ingredients together. I mix the frosting while the cake is cooking then set it in the refrigerator to firm up a bit. 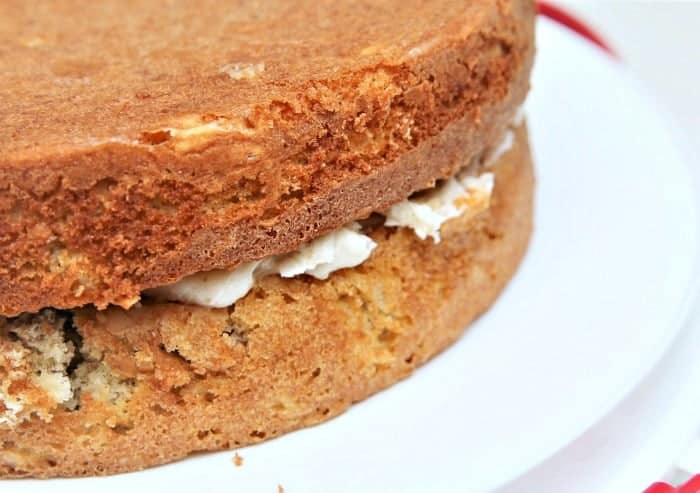 The cake is so moist it tends to fall apart so you have to be careful taking it out of the pan and also while icing it. Spread the icing on thin between the layers. The icing is very sweet and rich and for that reason you want to conserve icing for the sides since the recipe doesn't make enough icing to slather it on. Trust me it's sweet enough you don't need a thick layer of icing.

I store the cake in the refrigerator. If we have leftovers after a birthday party I cut a slice the next morning, pop it in the microwave for a few seconds, and pour a cup of coffee. YUM 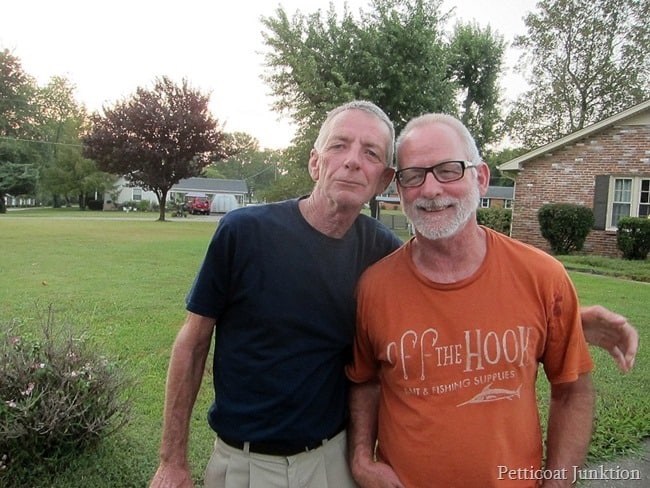 My lovely daughter-in-law, Miss Sofi, and the JTS all have birthdays within a week of each other. We celebrate big time. The JTS’s brother, Tony (on the left) and his wife, came to visit for the weekend. (2015) I tried to get these two guys to cooperate for the photo but they’re worse than a couple of kids. This is the best I got! 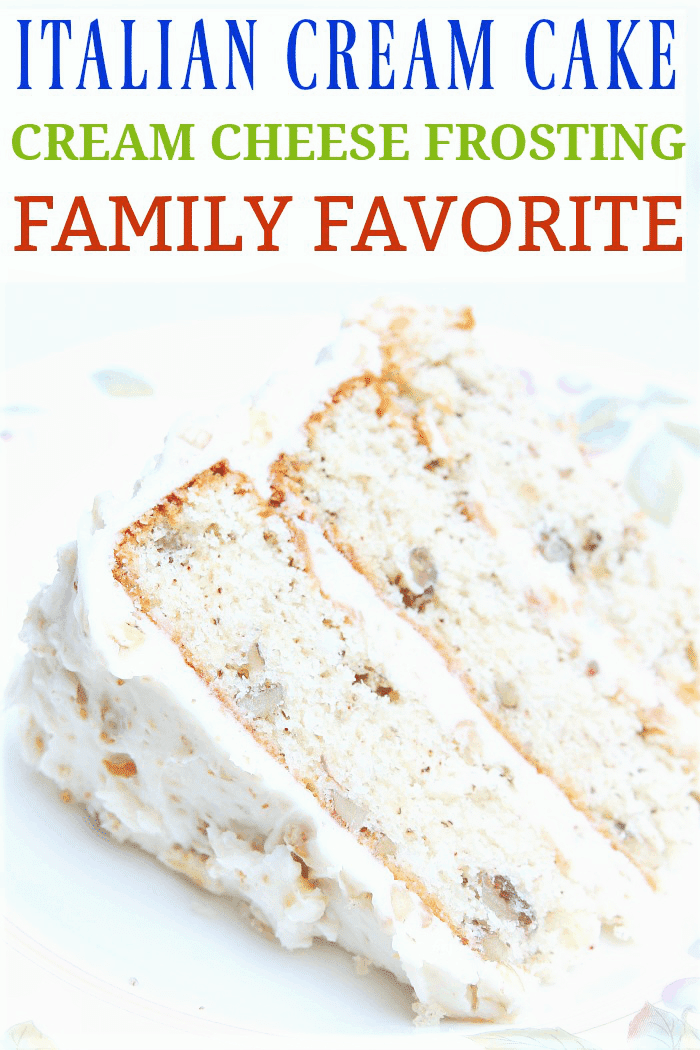 I also shared my Dad's favorite Banana Cake recipe a few years ago. The cake doesn't contain chocolate so it never was a favorite of mine.....until recently. I started making the cake for Dad because it's his favorite. I make the cake at least once a month because that's how often I'm in Arkansas. The cake has become one of my favorites and it's so easy to make. It has the best icing. Not too sweet, just right because it's made with sour cream and cool whip. You can find the Banana Cake recipe here.

I've missed the Nashville Flea Market this past year and can't wait for it to reopen in 2021. You can get a look at the market in my video below.

As always, thanks for being here and have a great day, Kathy