It took me forever to get this post ready.

While I was typing it up last night the JTS made me some chocolate chip cookies.

You guys saw a preview of this piece earlier in the week. 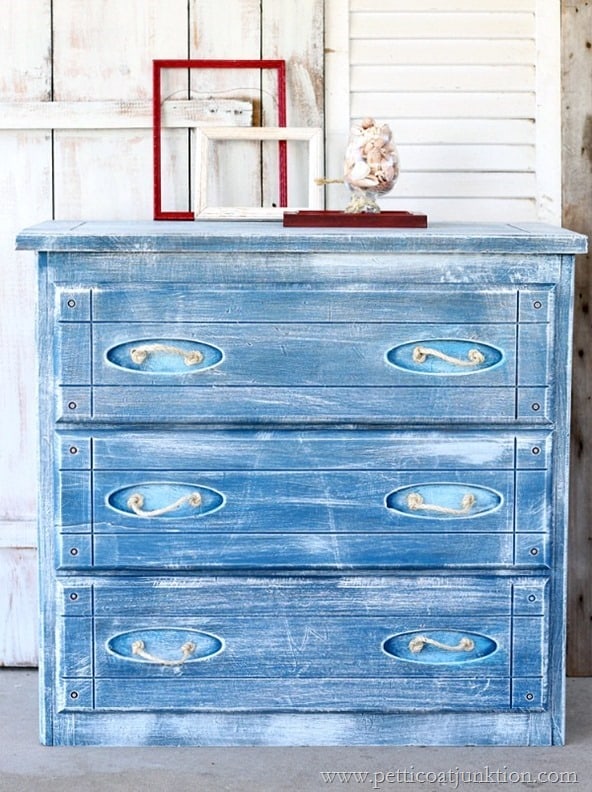 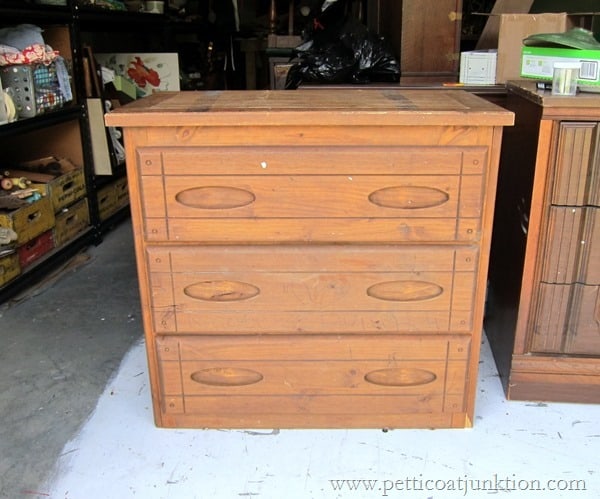 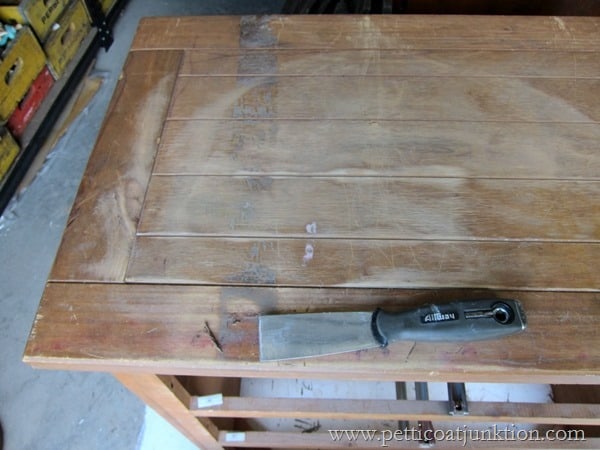 Someone used duct tape or another sticky tape on the top of the chest at one time or another. The sticky residue is really hard to get off. You don’t want to use mineral spirits, WD-40, or anything oil based because it’s hard to remove the oil from the wood and it will leach through your paint. Not Good! I tried scraping it off…..sanding it off…..wiping it off with Simple Green…

There was still a little sticky stuff left….it’s still there. There is only so much time you can spend working on a project. I’m painting this piece for re-sell and I try to put a realistic price on the pieces I sell. Spending hours and hours on prep doesn’t make sense.. I think I removed enough that it shouldn’t be a problem. 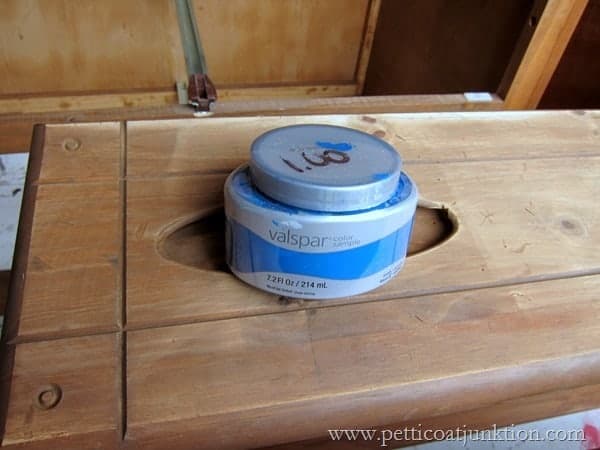 The chest was screaming nautical or beachy at me. Can ya’ll see that for this piece? I pulled out the sample of Valspar that I used for my American Flag Sign and also on the Nautical Pub Table. It’s really a pretty color….Pacific Pleasure….nice name too.

The original plan was to paint it this pretty blue from Valspar and then paint the drawer pull cutouts in white. Well, you can see how that turned out. It’s an alien….seriously….take another look. I didn’t even bother putting the two other drawers in for the full effect. The white had to go. So that meant a change of plan entirely. 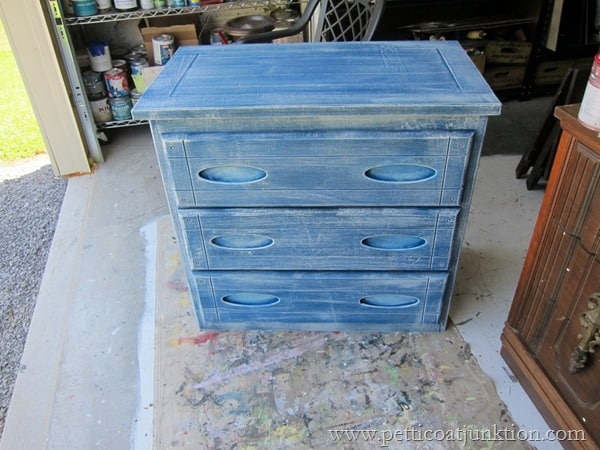 I painted over the white with blue paint. The white wasn’t completely dry so it mixed with the blue for a little different color tone. Then I dry brushed the whole thing with white paint. 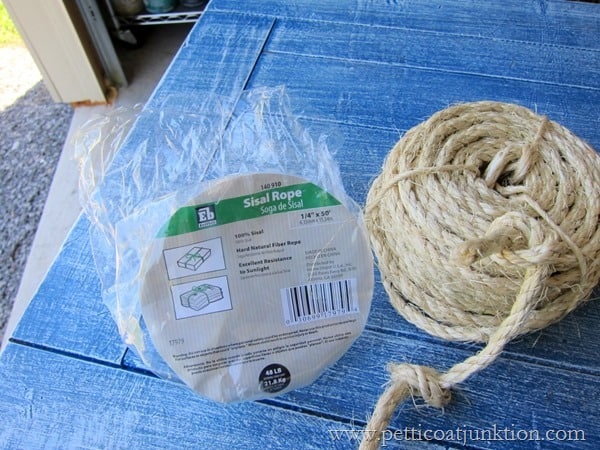 Even though the chest had the cut-outs for drawer pulls the piece needed something else since it was painted all the same….no contrast whatsoever. I bought my  sisal rope at Home Depot {affiliate link} 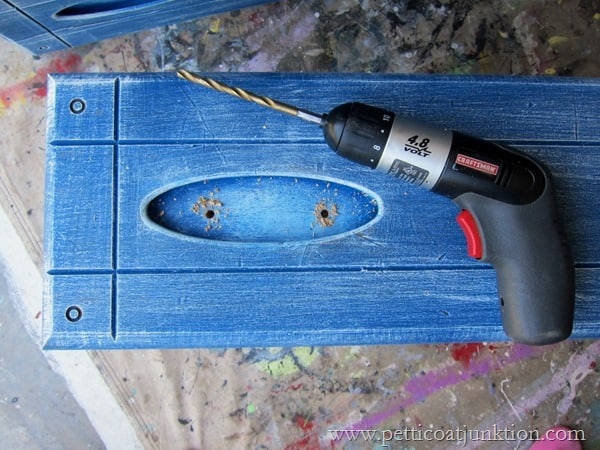 Then I drilled some giant holes for the sisal. These aren’t the holes…I had to get a giant drill bit and drill them out again. 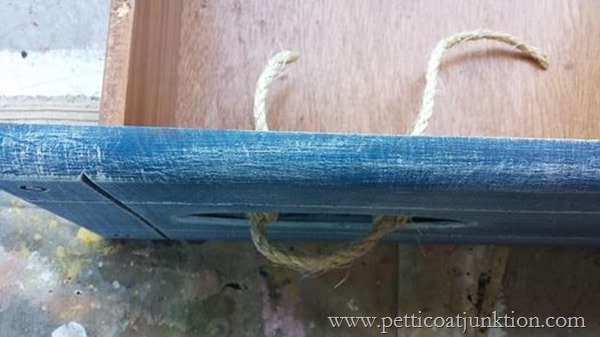 I knotted the sisal rope before I put it through the holes then knotted it in the back again. There is a knotted detail on the front of the chest and a knot on the inside of the drawer to hold the pull in place. It took me longer to cut and tie the sisal than it did to paint the chest It was worth it though…I think.

What do you think? Like the sisal? Like the dry-brushed paint? Wouldn’t it be perfect for a boy’s room? Thanks for being here, Kathy