Today is the day for the Nautical Style Furniture With Chevron Painted Stripes tutorial! I achieved the look with chevron tape and stencils. I can’t freehand anything…not even a stick figure. I love the crisp red, white, and blue colors. 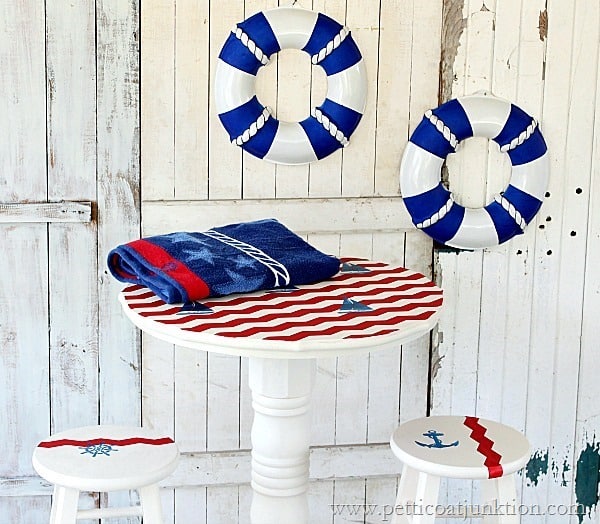 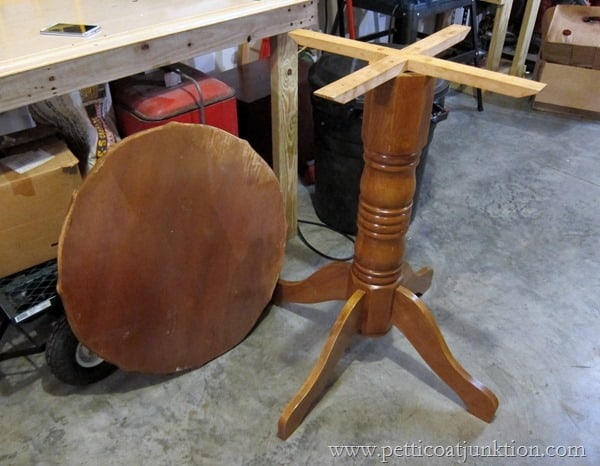 The pub table started out like this. I purchased both pieces at My Favorite Junk Shop. The purchases were months apart. I found the table top first and knew I would eventually find a base for it…and I did! 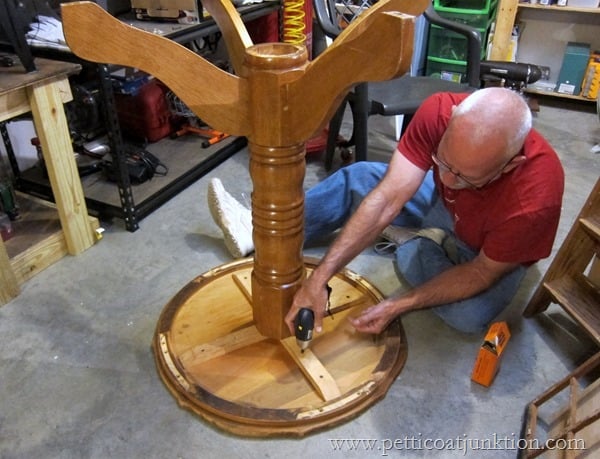 The JTS put the pieces together for me. This is one time we didn’t have to do a lot of cutting or adjusting. I only needed to cut off some dowel pins on the bottom side of the table top…easy. 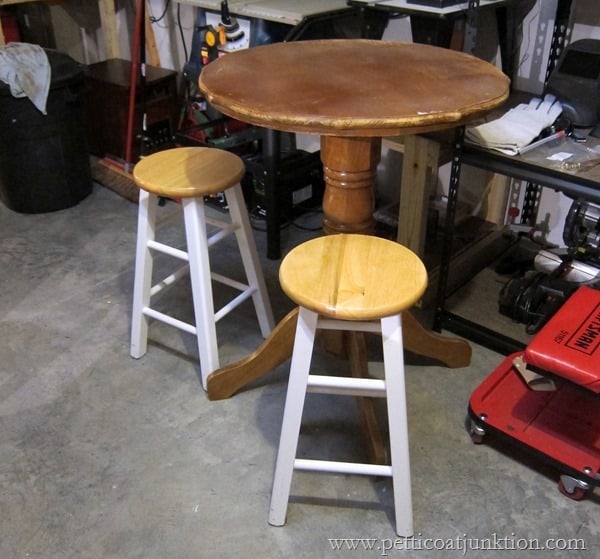 The two bar stools came from my kitchen. The stools I bought to go with the table had rectangular seats and didn’t look good with the table. 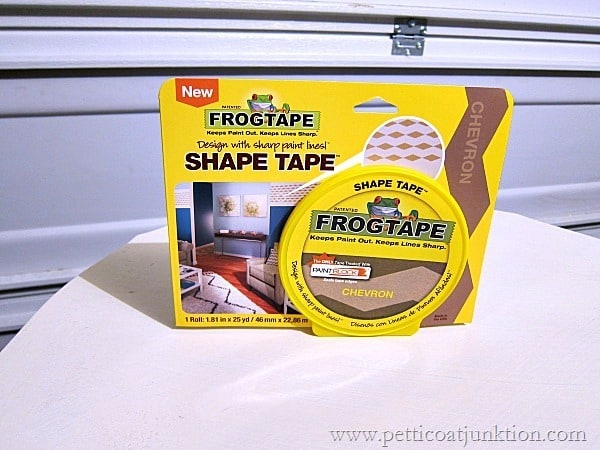 Aah, the secret to the chevron stripes….Frog Tape Shape Tape. {this is not a sponsored post…all products were purchased by me} My first project with shape tape was a fun little outdoor table. 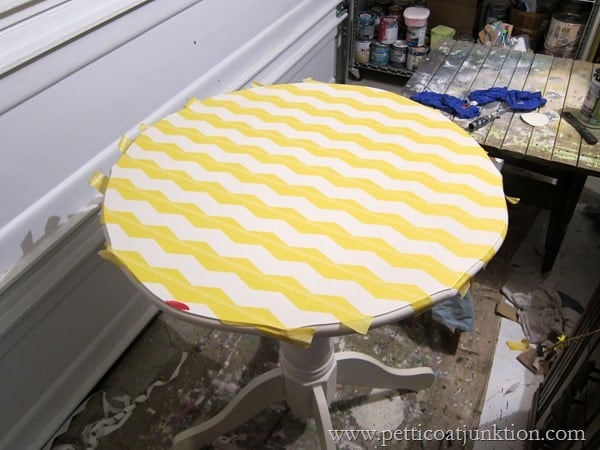 I painted the table and stools with off-white Reclaim paint. I let it dry over night. Then I tried a little of the red on the edge of the table to see if it was the right color. I had two partial bottles of acrylic paint and I mixed them together. I thought the red was just right.

I started the chevron stripes with red and I centered the first strip of tape between the scalloped edges of the table top that were centered between the two front legs of the table. Probably hard to understand. The table has small scalloped edges and you can’t just start a pattern willy-nilly…. although I have been known to do that…. that’s why I know not to do that now! I measured the distance between each piece of tape by using the width of the tape itself. 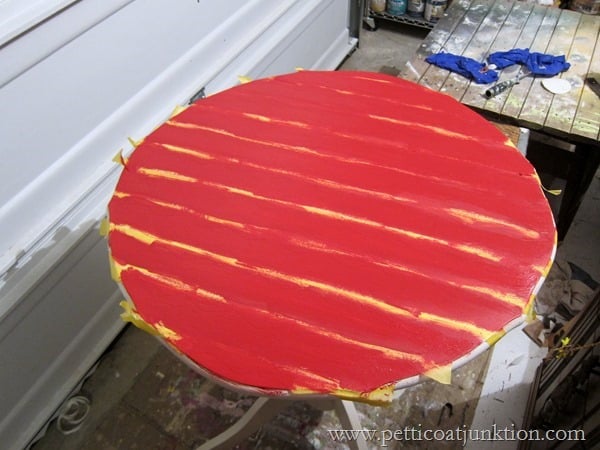 This is how it looked after the red paint. I only let the paint set for about 10 minutes before pulling the tape off of the table. Always remove painters tape before the paint dries…..another tip learned the hard way. 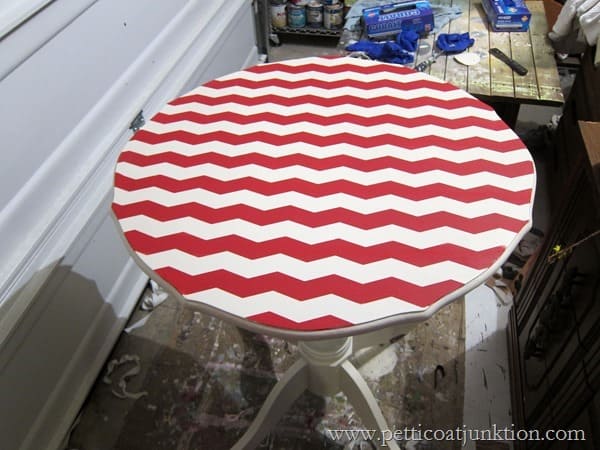 Sailboats up next. I used this stencil from Hobby Lobby. Now you guys probably noticed how nice and even and straight and perfect those chevron red stripes were ….right? I didn’t want to mess them up and have to start all over so I stenciled several sailboats on paper and cut them out. 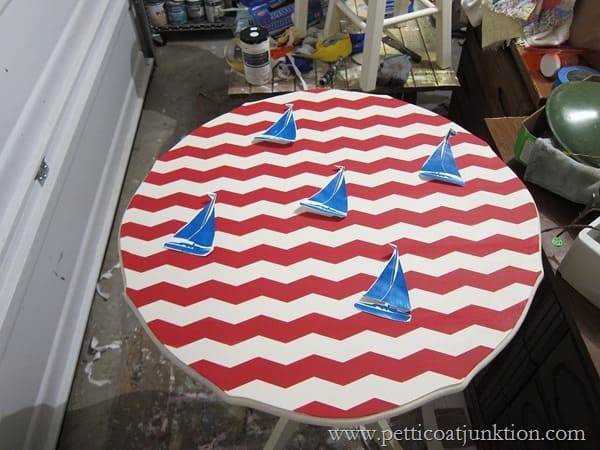 Then I laid them out on the table. See, I was going to stencil 3 sailboats only. But when I laid out the sailboats I could see that wasn’t going to work. This is why I have to plan ahead. So I stenciled more boats and cut them out and decided on 5 placed like this. I then used the stencil and the Valspar paint sample in Pacific Pleasure that I used on the American flag wall décor. I really like this blue color. Stenciling is easy. It took about 10 minutes to stencil the boats on the table. 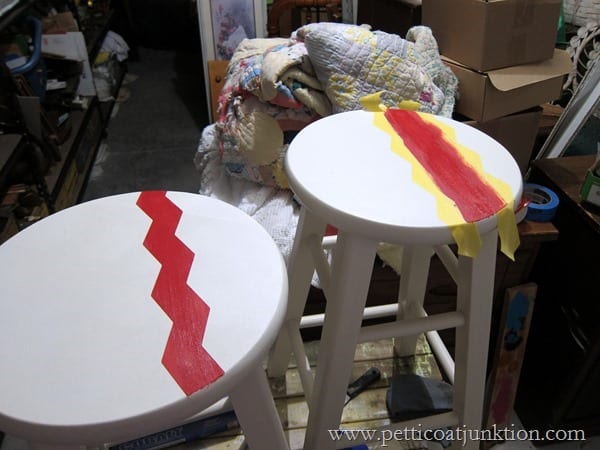 Next I worked on the stools. You can see at first I didn’t carry the stripe around to the bottom of the seat. That didn’t look very good so I went back and extended the stripe over the edge. 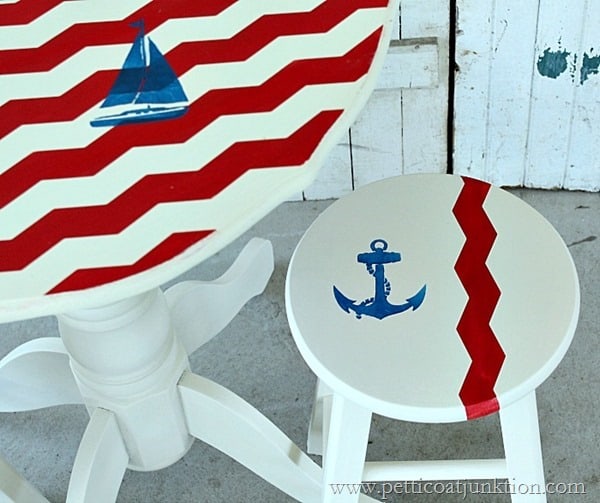 I also wanted a different look for the stools so I used some of the other designs from the stencil. 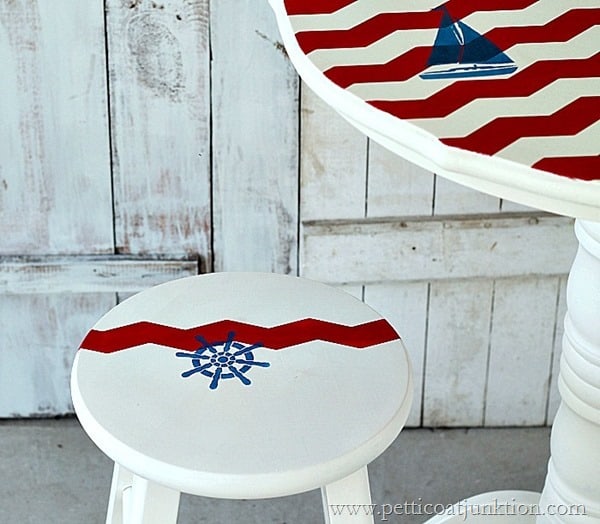 This project took a little planning…usually I just fly by the seat of my pants. 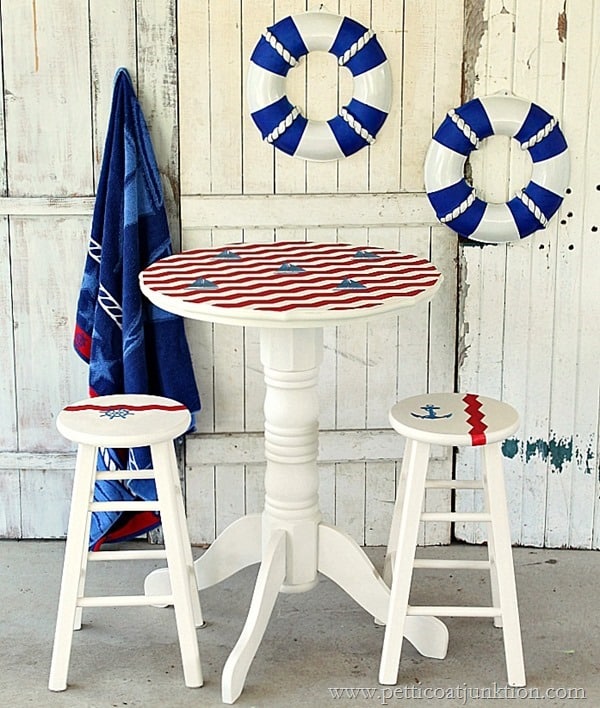 I really like the table and stools. They make me smile. 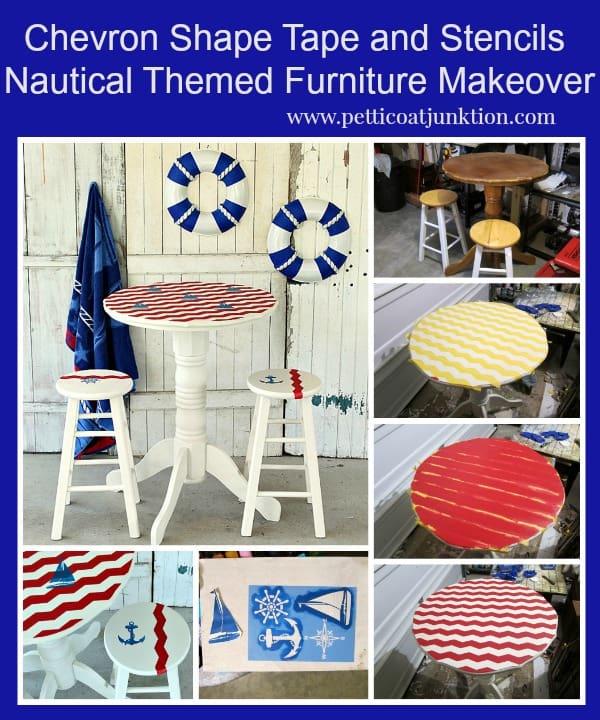 Thanks for stopping by and have a great day, Kathy

This project first appeared on Petticoat Junktion in 2014.