Have you seen all the numbers projects on Pinterest? There are numbers on tables, walls, glasses…you name it. I stenciled numbers on a coffee table and a chair and they are very cute! 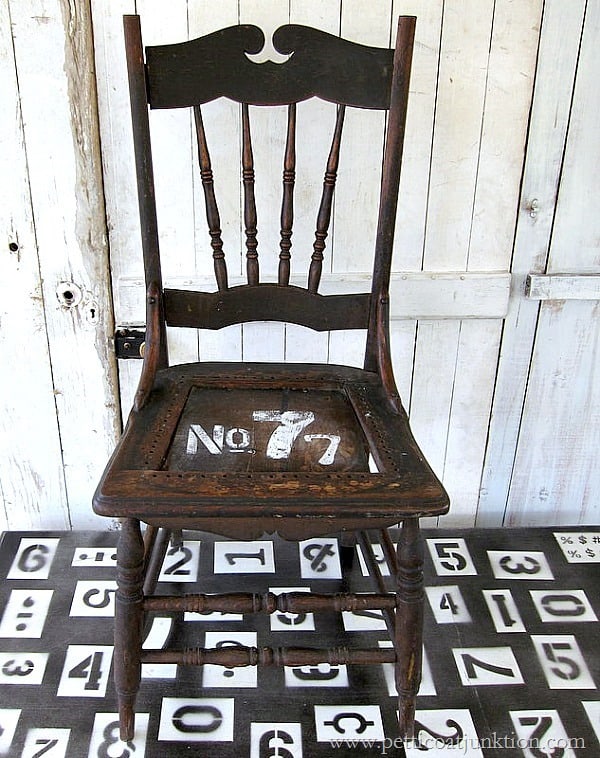 This is the table I bought at a local thrift store for $20. 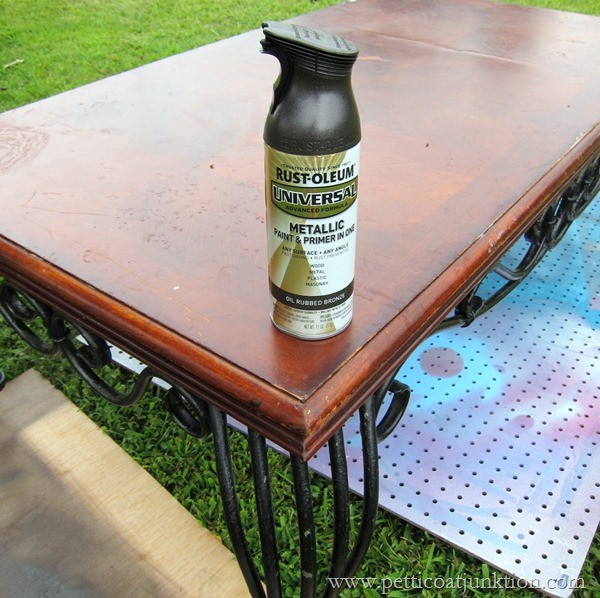 The iron base was a little beat up and it was also black which I didn’t care for. I used the Rust-Oleum Metallic Paint & Primer In One to spray the base. The color is Oil Rubbed Bronze and it’s a really really dark brown almost black but the metallic element makes it look really rich looking. 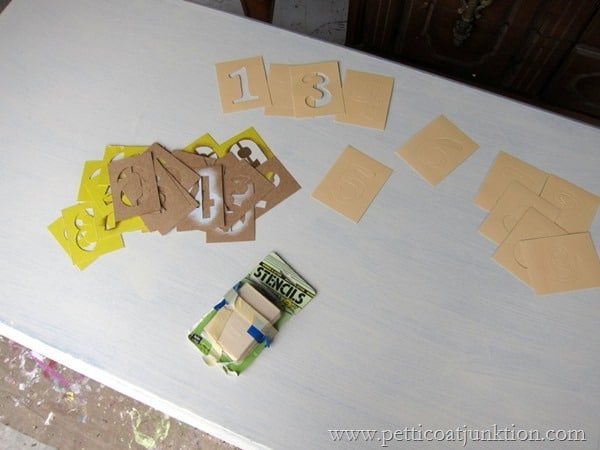 I first painted the table top an off-white. My plan was to stencil individual numbers in all different sizes on the table top. I went to Hobby Lobby to buy some larger number stencils and I picked up a couple of packs of stencil letters that the store person assured me had numbers also…..they didn’t. Rethinking….. I pulled out all my stencil packs and went with plan B. 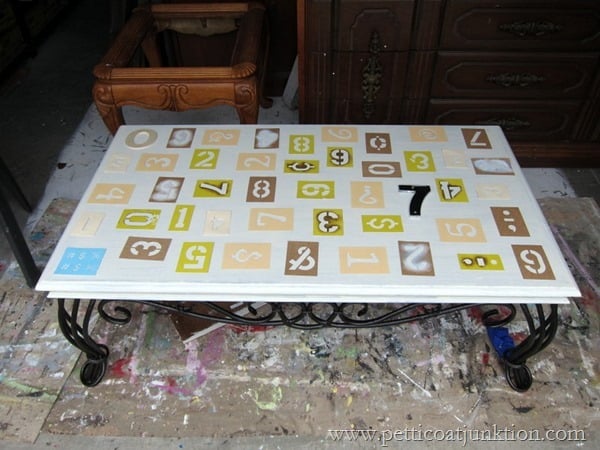 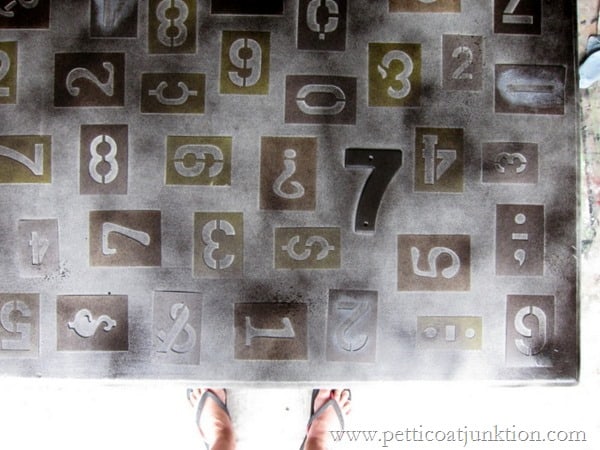 Then I took my can of Rust-Oleum Oil Rubbed Bronze and started spraying. 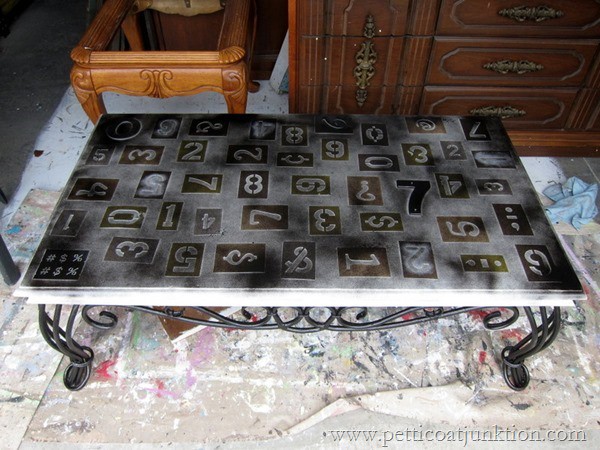 The problem was….I started running out of paint. I had used that can of spray paint on several hardware projects. 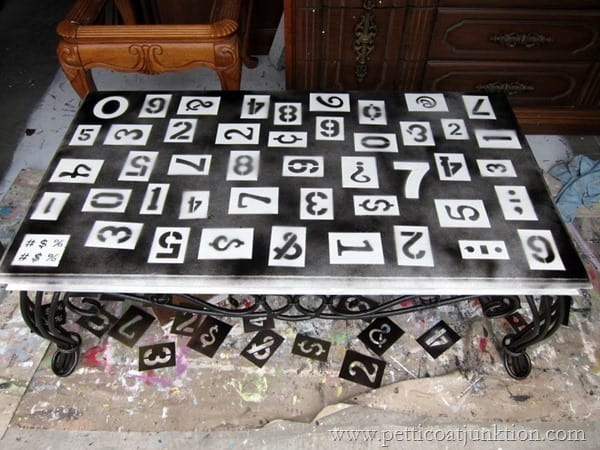 I sprayed and sprayed until the can was empty. I didn’t get complete coverage but I kind of liked the look…it grew on me. 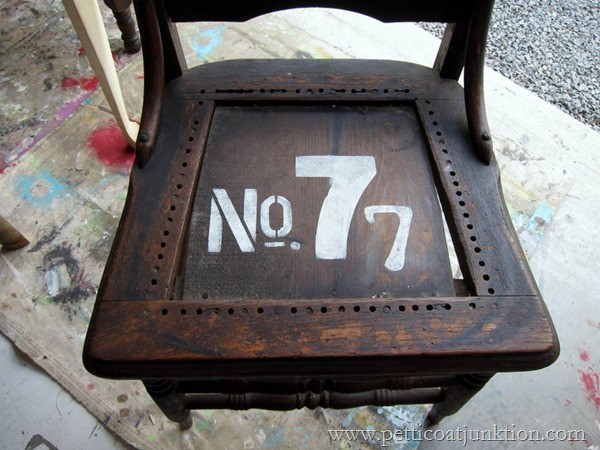 The chair was going to be number seven. Don’t ask me why…I don’t have an answer. I didn’t have a really big number seven but I did have a large metal number seven that was an address number or door number or something like that. 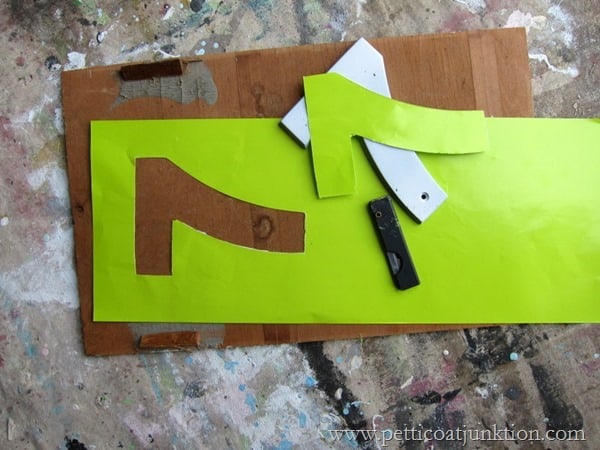 So I made my own stencil from the plastic backing that was in the large stencil package {the one with no numbers}. The number on the chair became 77 because everything was off center with just the 7….I didn’t measure so good….so I added the second little seven! 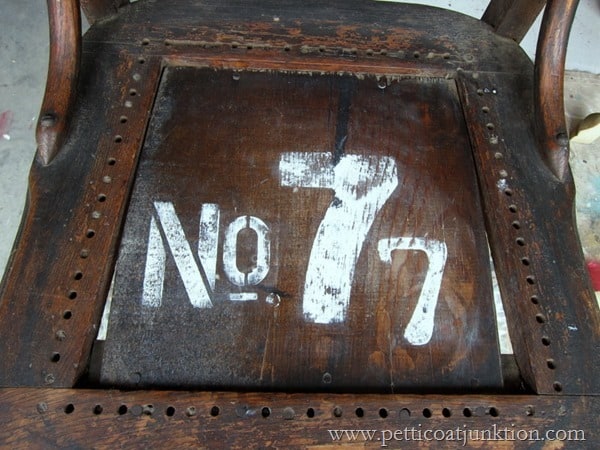 Then I distressed the numbers! 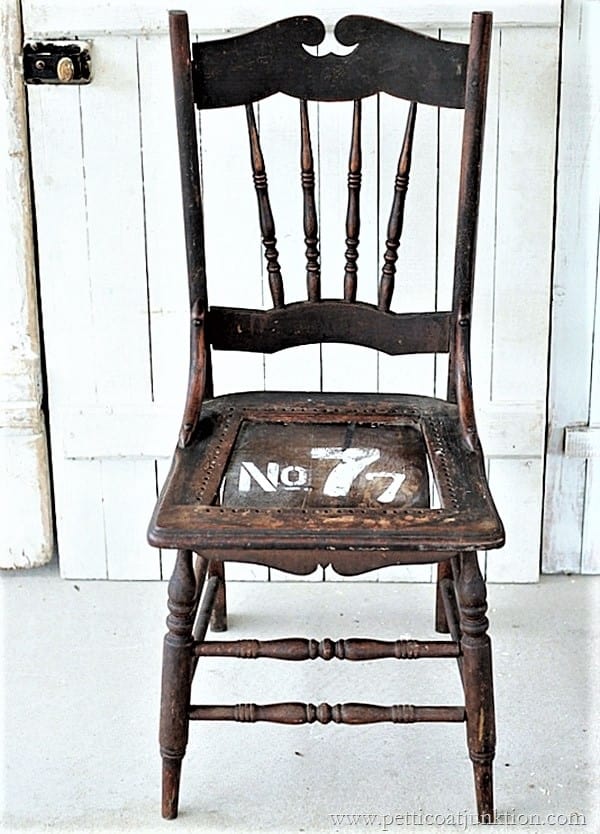 how to stencil numbers on a chair 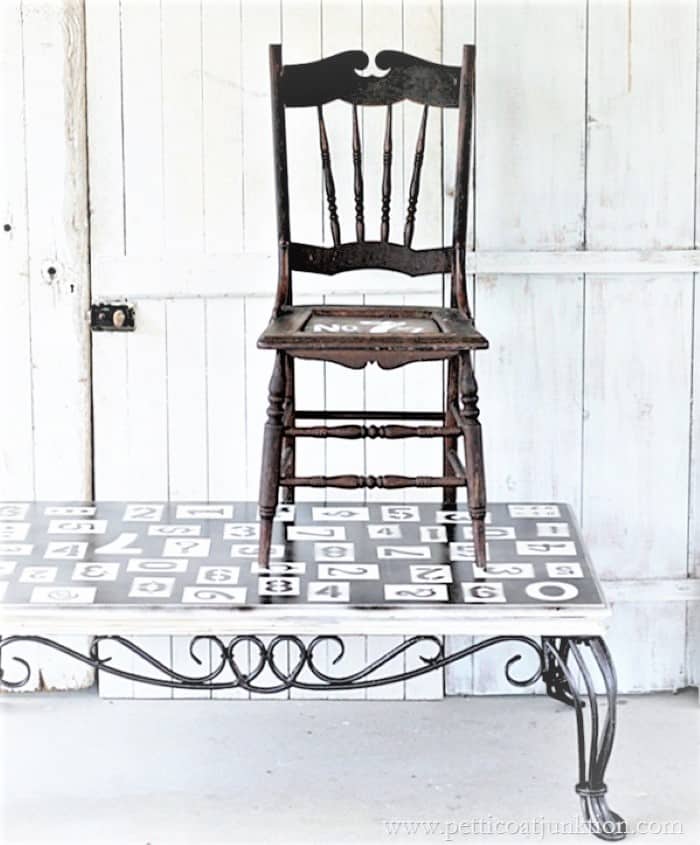 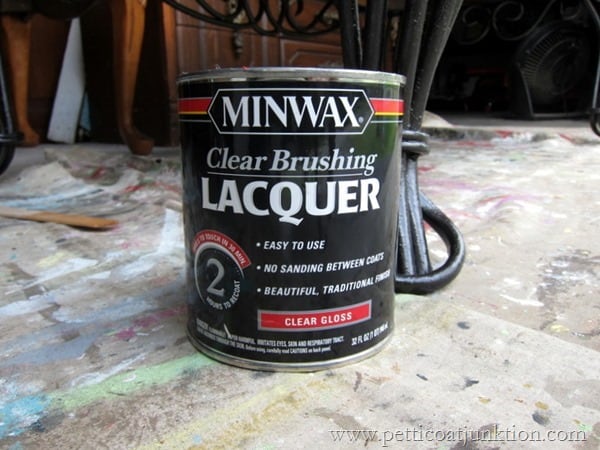 I finished the table with a coat of Minwax Lacquer. 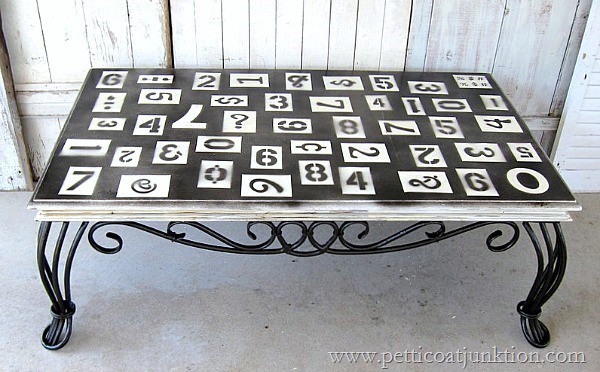 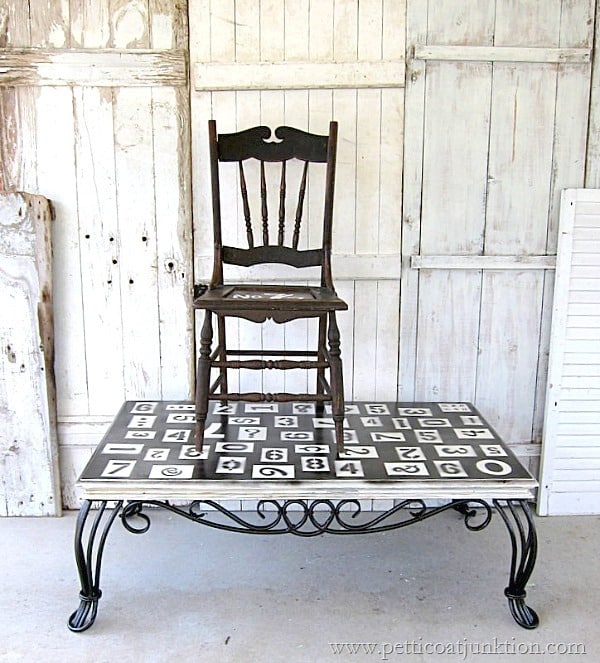 See how easy that was. 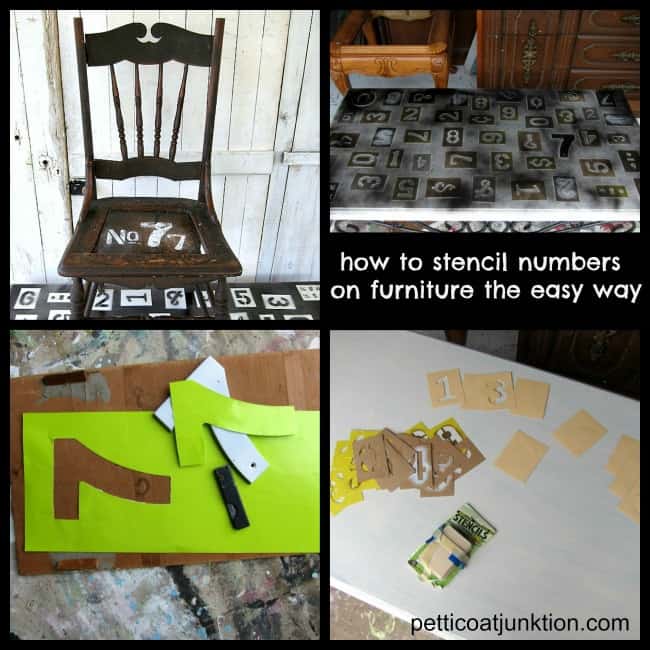 If the first plan isn’t working….move on.

Thanks for being here, Kathy