You can decorate small white pumpkins with things found in your junk drawer or workshop.

I do some crazy things. I mean, who else uses tacks and wall protectors to decorate pumpkins? 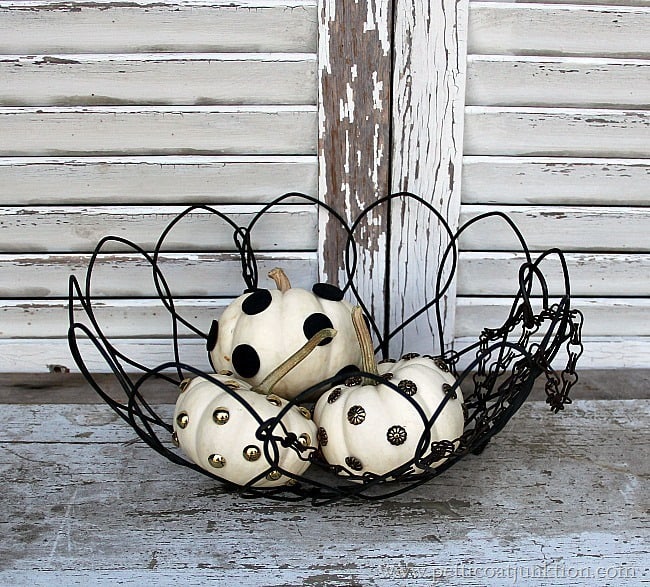 Round sticky back black wall protectors sure look good against the white pumpkins. 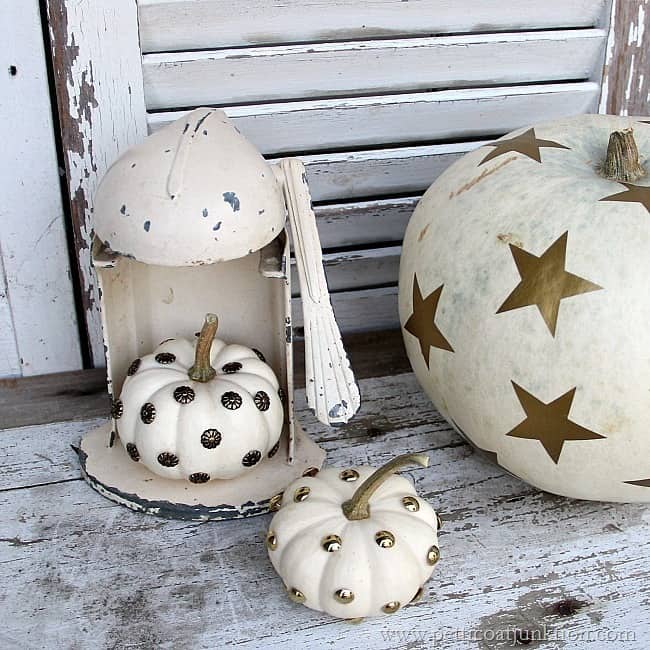 But that's just the first fun idea. I used upholstery tacks to add pizzazz to the small pumpkins.

I found some gold star decals in my junk stash and used them on a large white pumpkin. To display the pumpkins I put a few of my favorite junk treasures to work.

I bought this bunch of white pumpkins at a local pumpkin patch a couple of weeks ago. Buy local when you can. The price at the pumpkin patch is cheaper than the garden stores or discount stores.

I have to admit that the small pumpkins are my favorite. 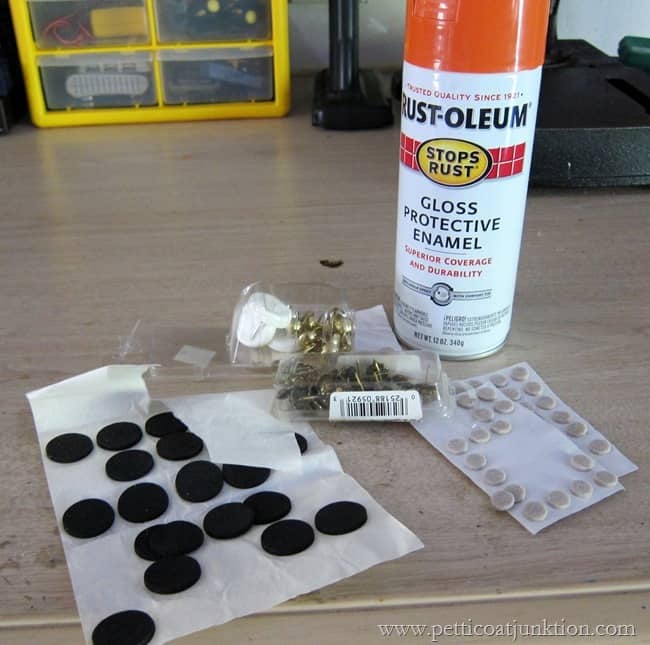 I had my granddaughter, Sofi, all day and after she left I decided I needed a little crafting time. I went down to the workshop. I had those white pumpkins and I needed to spice them up.

I gathered a few things from my DIY supplies to pretty up the pumpkins. At this point I was just wingin' it....seeing what I had to work with and going from there.

I found some upholstery tacks in antique brass hanging on the peg board and a few bright gold tacks in a bag. I also had a lot of stick on wall protectors, large and small. 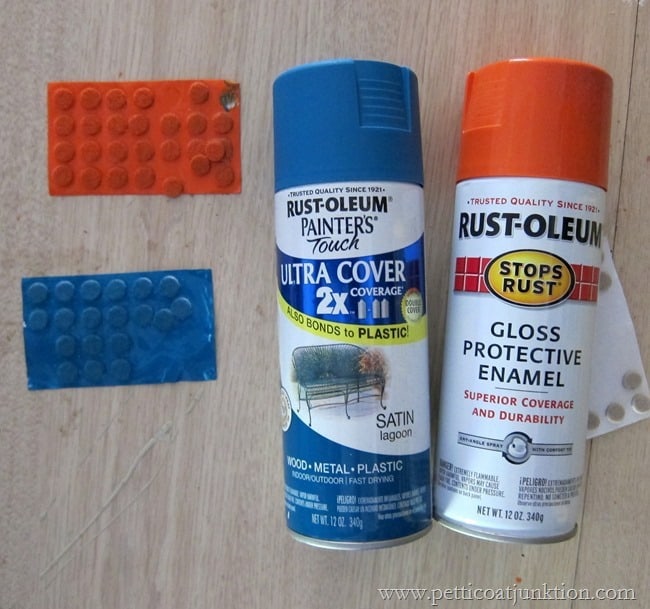 I selected the blue and orange colors just because I like the color combo...think Florida Gators (insert smiley face) and I live in Tennessee. (insert another smiley face).

Really, if you guys have been around here very long you know some of my favorite color combinations are blue and orange or turquoise and orange. 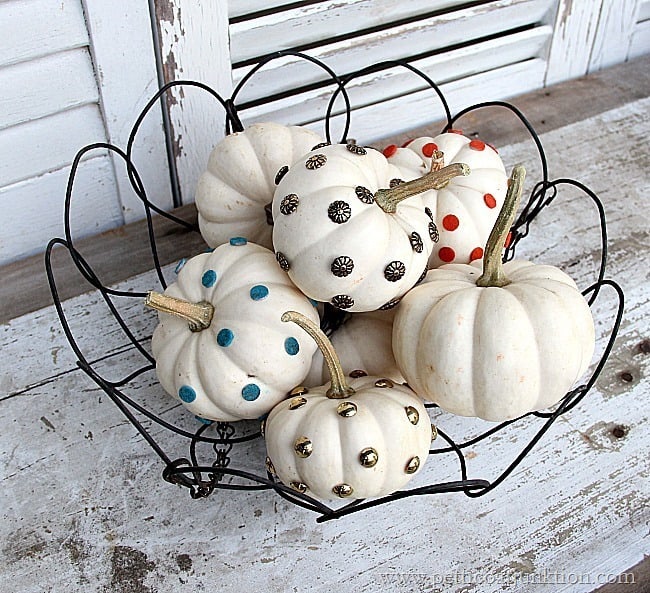 I stuck the tacks into the pumpkins just all willy-nilly but in a nice perfectly imperfect pattern. The tacks really stand out against the white pumpkins. I like the shiny gold tacks the best. 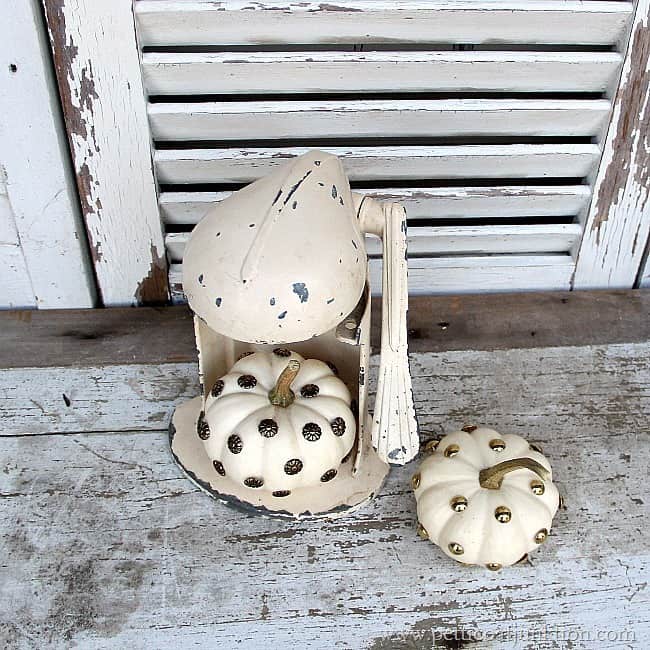 After I got all the pumpkins decorated I searched the shelves in the workshop for cool stuff  to display the pumpkins. My shelves are full of rusty, junky stuff found at my favorite junk shop. 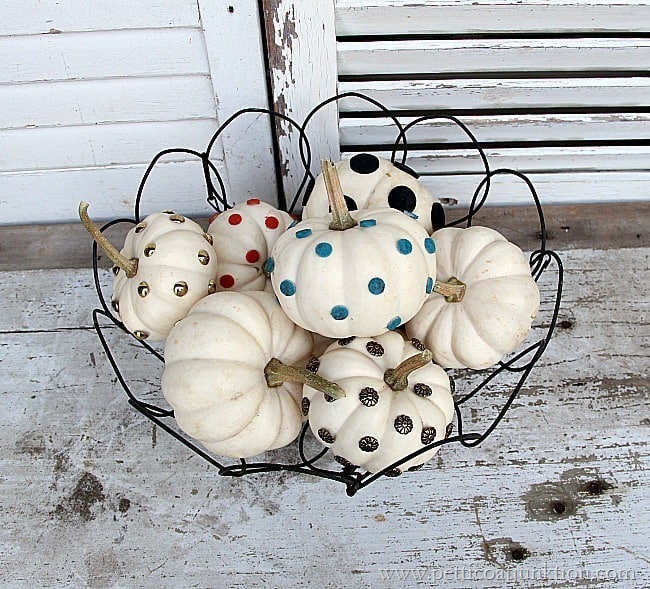 I didn’t paint the black foam wall protectors…just stuck them on as they were. 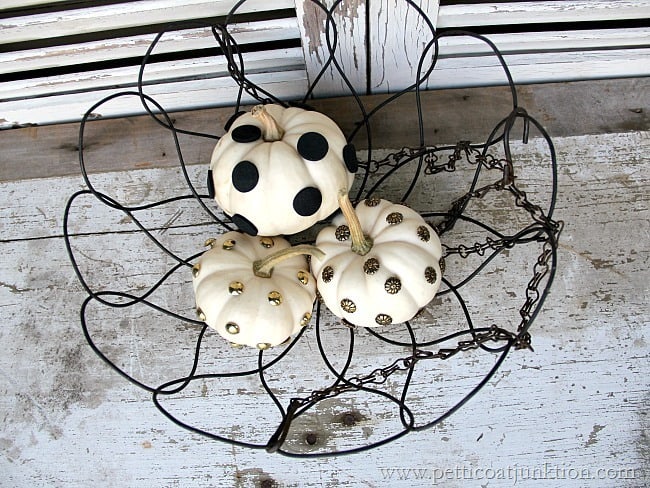 Well, you guys heard me say I headed to the workshop after having my granddaughter all day. This project took about 1 hour…..spray painting….decorating….and photography..... done.

How fun are they! Do you love them….or think they’re too tacky ….pun intended? I could call them "tacky pumpkins".......or "tackful pumpkins", hahaha.

Do you decorate pumpkins or go for the natural look? I usually gather several large orange pumpkins and display them on the front porch along with a few gourds and mums and my usual junky stuff.

Leave a comment please. I read them all. Have a great day, Kathy